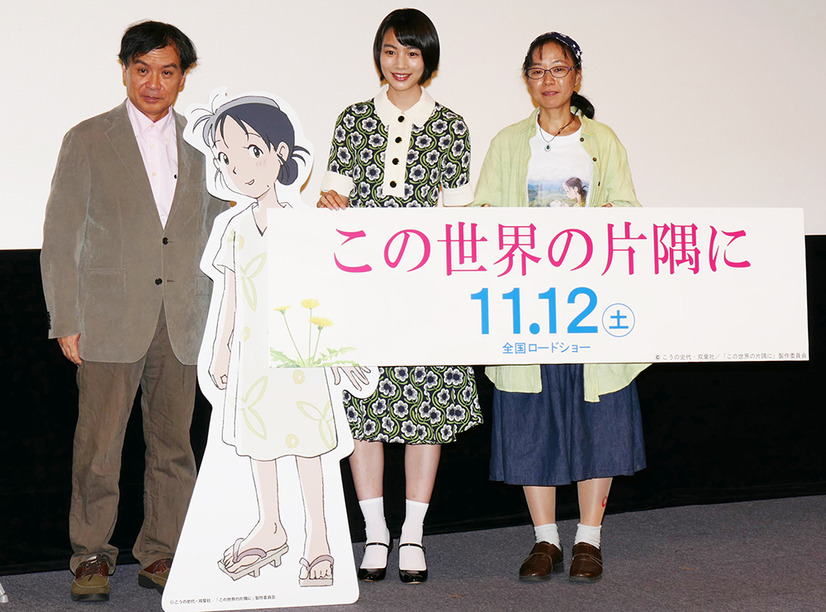 Rena Nounen makes her first publicized appearance after changing her stage name to Non. She was at the event to promote the anime, “Kono Sekai no Katasumi Ni” (In This Corner of the World). Non voiced the heroine of the film, marking her first ever voice acting performance.

The anime film is based on the popular manga by Fumiyo Kono. It is the second time the material has been adapted. A live-action TV special, featuring Keiko Kitagawa, aired back in 2011. Set during World War II, Suzu is young girl who recently married and now lives with her new family. The story follows her life through the events that occur in Hiroshima and Kure City.

Non commented how she was nervous about her performance but felt honored she got the part. Kono, the creator of the original work, praised her voice and complimented how she added a new layer of charm to the film. After the event, the press questioned Non on going independent and changing her name. She did not answer any questions and bowed before she left the venue.

The film will play in theaters starting November 12th.