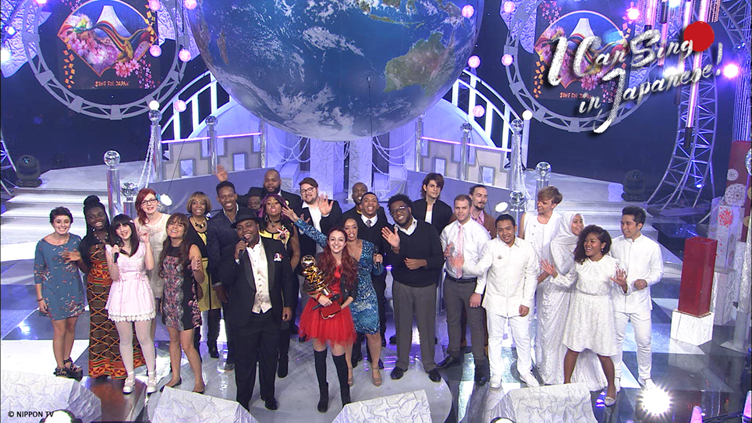 Asian entertainment channel GEM is holding an online call to search for talented individuals in Asia who can sing in Japanese. The winner of the search will represent GEM in Nippon Television Network Corporation (Nippon TV)’s singing competition show I Can Sing in Japanese! in Tokyo next year.

Broadcast since 2011 in Japan, the prestigious program has attracted applicants from all around the globe, including Denmark, Spain, and even Jamaica. The show is a platform for aspiring non-Japanese singers to showcase their talents on a national stage, with some of its past participants even going on to make professional debuts. The panel of judges have ranged from veteran singer Akiko Wada to legendary producer Tetsuya Komuro. SMAP leader Masahiro Nakai and Yukari Nishio serve as the host for the show. Incredible singing talent aside, viewers can also expect to be astounded by the impressive sight of non-natives belting out pitch-perfect Japanese tunes. Some past winners from Asia include Singapore’s Jeremy Teng, Indonesia’s Fatimah Zahratunnisa and Michael David Bodin from the Philippines.

For those who are interested in applying check out this link. The only restriction is that you are living in Asia, nationality and age does not matter. Applicants must submit their personal details and a link to their video submission of up to five (5) minutes in duration. Applicants can join as individuals or as a group, the deadline for applicants is January 15th 2017.

Shortlisted participants will attend an on-ground audition in February next year, from which one winner will be selected by a panel of professional judges to participate in the upcoming season of I Can Sing in Japanese! in Tokyo.

An encore telecast of the latest season of “I Can Sing in Japanese!” will be airing on December 18th exclusively on GEM.