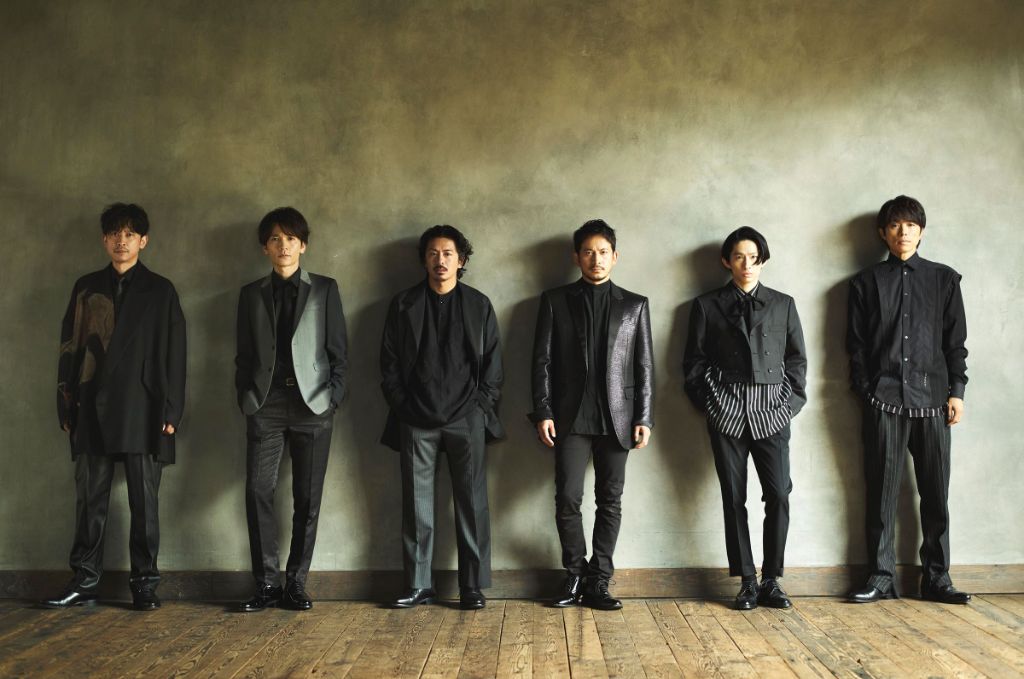 On September 4, V6 will release their 14th (and presumably final) studio album, “STEP.” This album will consist entirely of new songs. “STEP” sees V6 working with an array of collaborators, including KOHH, Tempalay, Moriyama Naotaro, and Keishi Tanaka.

The covers of “STEP” were shot by Kurigami Kazumi. The new V6 artist photo, however, was shot by Okada Junichi. More of his photoshoot with his group can be seen in the photobook that comes with the regular edition of “STEP.”

Ahead of the release of their new album, V6 released the music video for “Ame.” The song was written and co-composed by KOHH, under his real name, Chiba Yuki. The video was choreographed by s**t kingz. Check it out below, along with more information on V6’s new album!