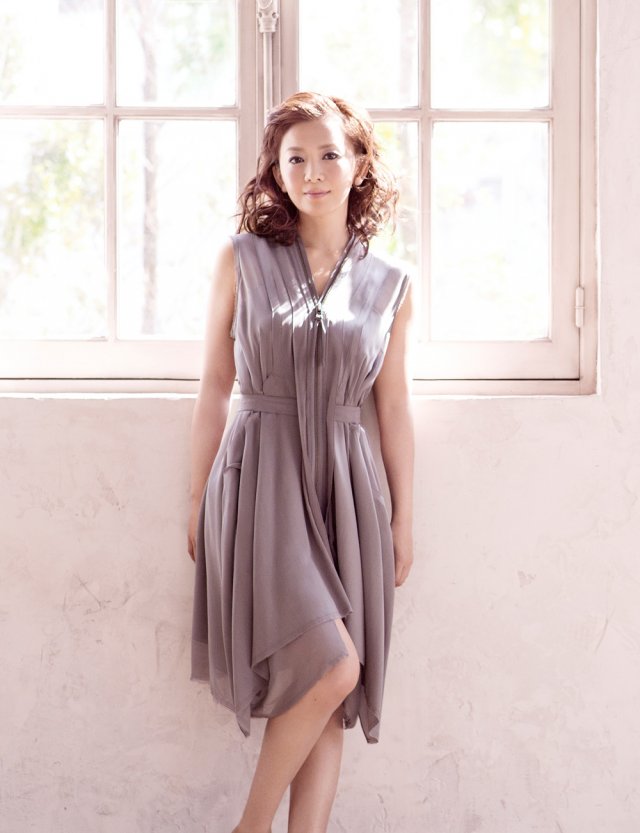 On May 20, Tomomi Kahala will release her new single “Hajimari no Uta ga Kikoeru.” This will be her first original single since 2006’s “Ano Sayonara ni Sayonara wo / Unmei no Ito.” “Hajimari no Uta ga Kikoeru” sees Tomomi reuniting with former producer/boyfriend Tetsuya Komuro. He composed the song, while she wrote the lyrics. This is the first time the former couple has worked on new material together since 1998. Soon after the release of Tomomi’s 3rd album, “nine cubes”, the couple broke up. This was the beginning of a dark period for Tomomi. In recent years, she’s made a comeback, covering her old songs and those of other singers. She’s even reunited with TK for various television appearances.

“Hajimari no Uta ga Kikoeru” will serve as the ending theme for TV Tokyo’s “Suiyo Mystery 9”, starting April 1. Tomomi, who is celebrating the 20th anniversary of her music debut this year, says that the song marks the beginning of a new journey for her. Check out the single’s covers, tracklist, and video teaser after the jump!