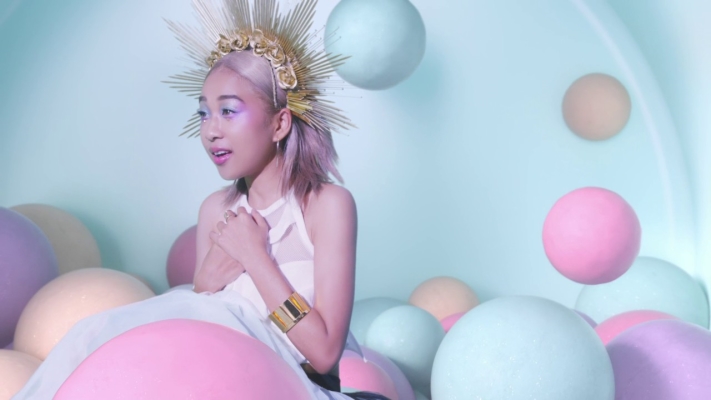 It’s been rocky 10 years for Thelma Aoyama. She debuted in September 2007 with “One Day” that barely charted at #98. A year later, together with SoulJa, she landed a monster hit, the song that defined the year of 2008, “Soba ni Iru”. The song’s success won her a Kohaku performance and kept her afloat for a couple of years until she completely fell into oblivion with the rest of the urban wave. Her intensive studies at Sophia University did not help the case either. The last that was seen of Thelma was her “no entrance fee” Christmas performance at Sunshine City in Ikebukoro which gathered so many people for her standards that she allegedly said that “she had expected only two people to come”.

Despite Thelma’s lack of selling power and the fact that most of her releases went unnoticed by general audience, she is still willing to commemorate her years of endeavors as an rnb diva by releasing a series of singles in 2017, starting with “My Only Lover”. In order to promote it she teamed up with the French company “Guerlain” that happens to celebrate the 30th year of its renowned powder, “Meteorites”. The single is scheduled to be released though LINE and Recochoku on January 18 and it will become available on other platforms on February 2. See the single cover and the promo video below.

“MY ONLY LOVER” COVER