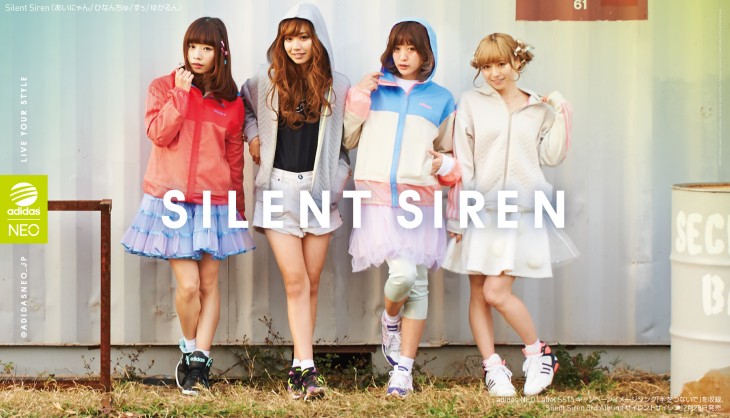 Silent Siren’s “Te wo Tsunaide” has been chosen as the campaign song of adidas’ NEO Label 2015 spring-summer collection of sports casual. Video of the collaboration between the brand and the group has been published in YouTube.

“Te wo Tsunaide” is a track off the girl band’s 3rd self-titled album “Silent Siren” which will be released on February 25. The members appeared in the music video wearing the latest sporty pastel colored outfits from the brand. In addition, the trailer video of their album has also been released.

Check out their latest music video and album trailer below.