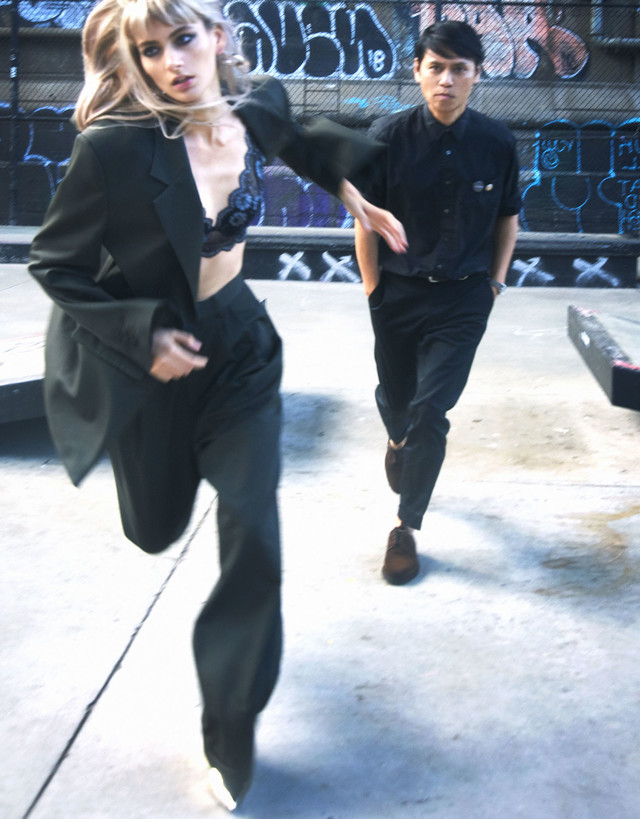 Shinichi Osawa has formed a new duo with an artist / model / DJ / poet named RHYME. The name of this new unit is RHYME SO, and they will make their debut on September 6 with the digital single “Just Used Music Again.” The song is being released by 88rising, an American company that specializes in Asian hip hop.

On October 11, 88rising will release the compilation album “Head In The Clouds II”, which will include “Just Used Music Again.” The album is named after the festival the company held in Los Angeles last month, which attracted 22,000 attendees.

Hajime Sorayama created the festival goods for “Head In The Clouds II” as well as the covers for its accompanying album and “Just Used Music Again.” The imagery from the single cover is used in the song’s music video. Check it out below along with the covers for these upcoming releases!

Head In The Clouds II