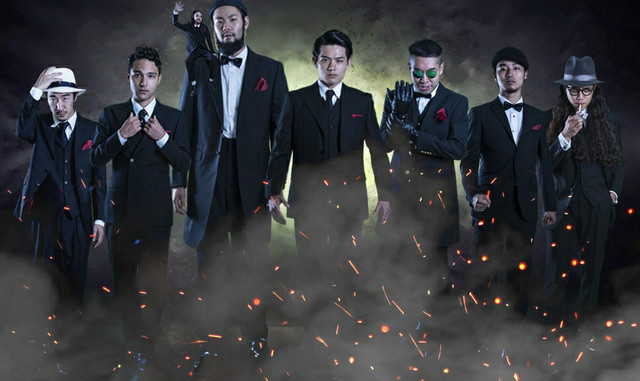 Last month, hip hop / jazz band SANABAGUN signed to major label Victor Entertainment’s CONNECTONE sub-label. SANABAGUN has been generating a buzz for a while due to their weekly street lives near Tokyo’s Shibuya Station.

The band will make their major label debut with the album “Major”, which comes out on October 21. Ahead of the album’s release, SANABAGUN has released the music video for its closing track, “Ningen.” In the clip, the band’s members can be seen sky diving from an altitude of 4400 meters (14,436 feet).

Check it out the music video after the jump, along with the album’s cover and tracklist! There’s also footage of SANABAGUN signing their contract with Victor and a street live from the night they signed.