Sakura Fujiwara, who is currently headlining the Getsu9 drama ‘Love Song‘ opposite veteran Masaharu Fukuyama, will release her new single ‘Soup’ on 8th June. The title song written and composed by Fukuyama is also the ending theme of the drama. Promotion video has just been released – check it below!

In the video Sakura is making a deliciously looking minestrone soup full of colorful veggies. The song compares love to cooking – it’s like a soup that is full of tastes and spices and requires time to boil through. Popular home goods and food brand Afternoon Tea was collaborating with the staff in terms of interior/”food” design. The look is indeed great!

The single will come in two editions: CD+DVD and CD only. The full track list is yet to be announced, although we know already that the song “500 miles” that plays an important part in the drama ‘Love Song‘ will appear on both editions. 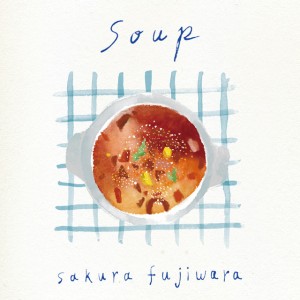