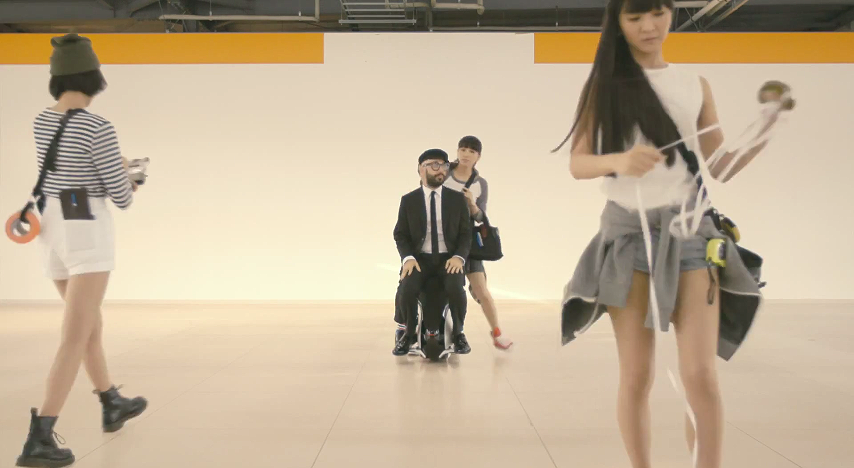 Mainstream popular electro-pop trio Perfume have surprisingly made a cameo appearance in the music video for American rock band OK Go‘s song “I Won’t Let You Down”, from the group’s latest album Hungry Ghosts. In the video (co-directed by longtime Perfume collaborator Kazuaki Seki), the Perfume members appear very briefly at the beginning wearing a dressed-down style different from their usual as they pretend to be staff on the set of the video’s filming. This isn’t the first time Perfume have made a cameo in a rock band’s music video — in 2008, the electronic unit appeared in Japanese band Porno Graffiti’s PV for their song “Itai Tachiichi”. Check out their OK Go cameo below!

Earlier this month, Perfume member Kashiyuka made a reference to OK Go in the trio’s interview with MTV81, stating, “As a creator, I really like OK Go. You can tell they’re really having fun with their creations.” Member A~chan also acknowledged her fondness for OK Go in a print interview last year.

OK Go is known for their 2007 viral hit “Here It Goes Again” where they performed an intricate dance on treadmills. Perfume recently finished their domestic tour Gurun Gurun and are set to begin their third world tour on October 31st, which will include their first concerts in the United States. Perhaps this unexpected cameo was an attempt at introducing the group to a wider American audience? Let us know what you think!