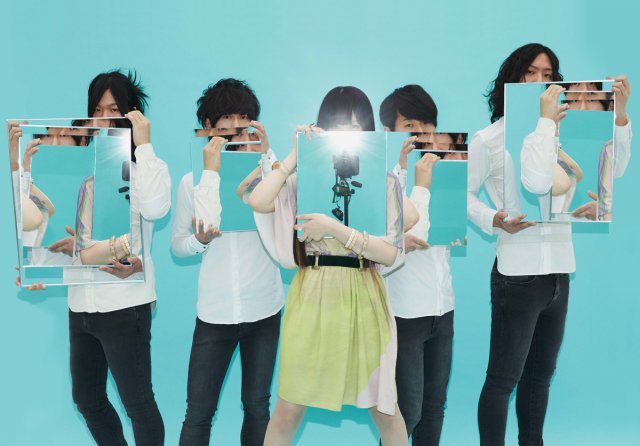 On April 29, Passepied will release their new single “Toki no Wa.” “Toki no Wa” is the ending theme for the NHK anime series “Kyoukai no RINNE.” “Kyoukai no RINNE” premiered on April 4. This single will have 2 B-sides. The first B-side, “Love is Gold”, is the opening theme for comedy duo Bananaman’s live performance “bananaman live 2014 ‘Love is Gold’.” The second B-side, “NEW MUSIC MACHINE” is a cover of CORNELIUS’ 1997 song of the same name. Ahead of the single’s release, Passepied has released the music video for “Toki no Wa.” Check it out after the jump! Also there is the single’s cover and tracklist, plus a preview of their CORNELIUS cover.