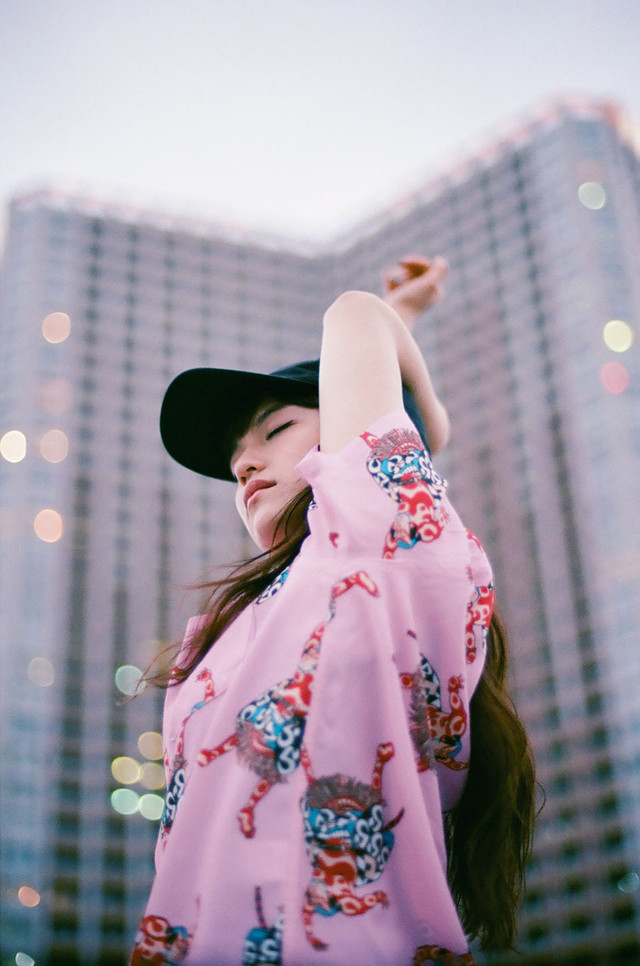 iri is a new singer-songwriter from Zushi, Kanagawa Prefecture. She was born in 1994. While she was in college, she self-taught herself how to play guitar. She began singing along to her guitar playing. In 2014, iri won “JAM”, an audition organized by fashion magazine NYLON JAPAN and Sony Music. The prize was a chance to study abroad in New York City. The following February, she appeared on and wrote the lyrics for the Sekiguchi Shingo song “Tsunai da Mirai”, which was used in the movie “Terrace House Closing Door.” That August, she released a two-track limited live house release. Since then, she’s been playing various live houses, clubs, and festivals. iri will release her debut album, “Groove it”, on October 26 on Victor Entertainment.

Even though iri plays acoustic guitar, her music crosses genres, even including a hip hop influence. This is displayed in the list of producers on the album: Yaffle of Tokyo Recordings, mabanua, YOSA, and Kenmochi Hidefumi of Suiyoubi no Campanella.

iri recently released the music video for her song that was produced by Yaffle, “rhythm.” The clip finds iri wandering around Tokyo at night. Check it out after the jump, along with more information on her debut album!