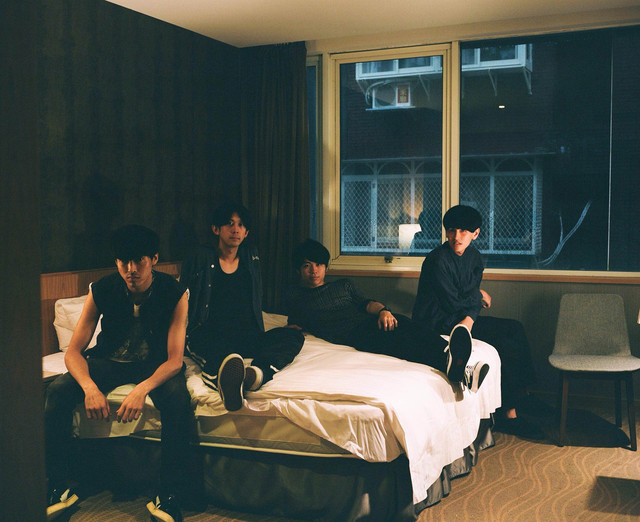 On October 16, mitsume will release a new 7 inch vinyl single titled “Blue Hawaii.” The single will come with a MP3 download code as well for those who can’t / don’t want to play the vinyl record. “Blue Hawaii” will include the title track as well as another song titled “Wasureru.” Both songs first appeared in a recording session video the band posted on their YouTube channel last year titled “Blue Hawaii Session.” Since then, both songs have become staples at mitsume’s live shows.

Today, mitusme released the music video for “Blue Hawaii.” The clip for the mellow song has a vintage feel to it. It was directed by Takuroh Toyama, who also shot the band’s new promo picture and the single’s cover. Check it out after the jump, along with the single’s cover and tracklist!