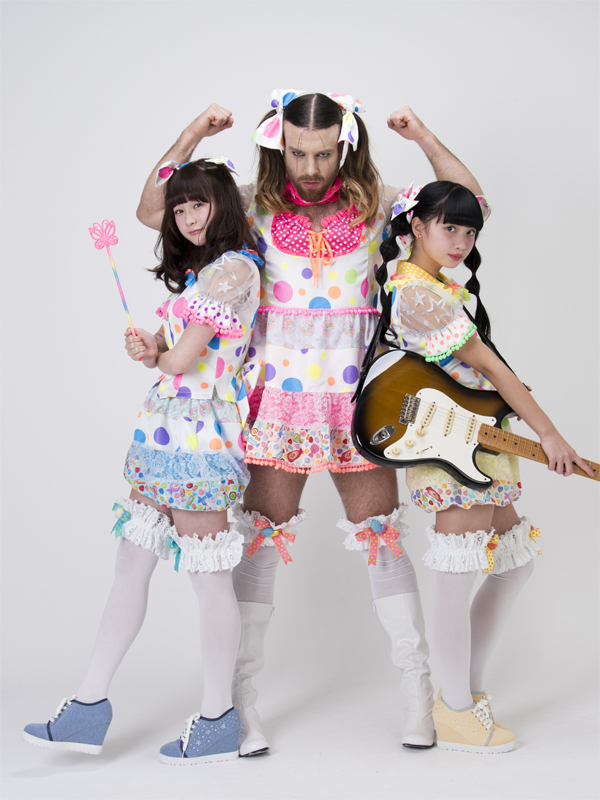 BABYMETAL has recently been getting attention internationally due to their fusion of idol music and metal. In their wake, groups with similar concepts have arisen. For example, earlier this year, Kamen Joshi topped the Oricon singles chart with their idol / metal fusion song “GENKIDANE☆.” We now have another act to add to the list: LADYBABY. The trio is composed of crossdressing Australian tarento Ladybeard and junior idols Kaneko Rie and Kuromiya Rei. They were formed by costume company Clearstone to promote their products. Their debut single “Nippon Manju / ULTRA☆LUCKY” is set for release on July 29. Yesterday, the group released the English-subbed music video for the single’s first A-side. It features the trio running around Tokyo in cute costumes. Check it out after the jump along with some previously released background videos of the group!