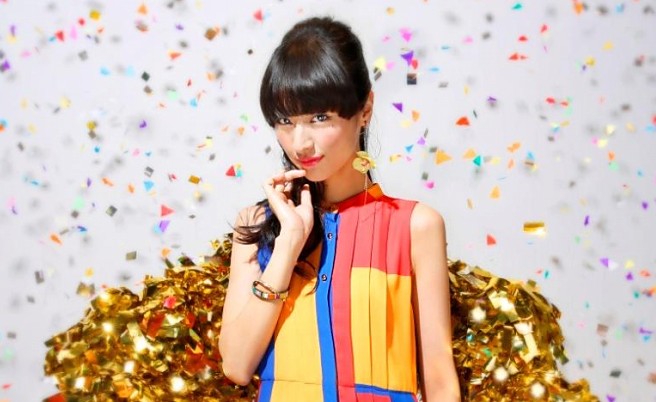 ‘Dame kashira?’ is a new summer pop-rock single from Shishido Kavka. The song, out July 2nd, is about a girl whose lack of interest in life changed with her excitement for summer.

Originally a member of the rock band The News, Kavka debuted as a solo musician in 2012 and has continued showing different sides of herself since. ‘Dame kashira?’ is the definitive girly summer song, new territory for the typically edgy rock musician who only wears black.

The video opens with a pajama-wearing Kafka getting ready for a day in the sun. The chorus explodes and she is suddenly alongside her own team of cheerleaders, American football players, Elvis impersonators and sailors. Check out the short version of the video below.

This is her third song this year so maybe soon we can expect a new album to follow her 2013 release of ‘Kavkanize’.