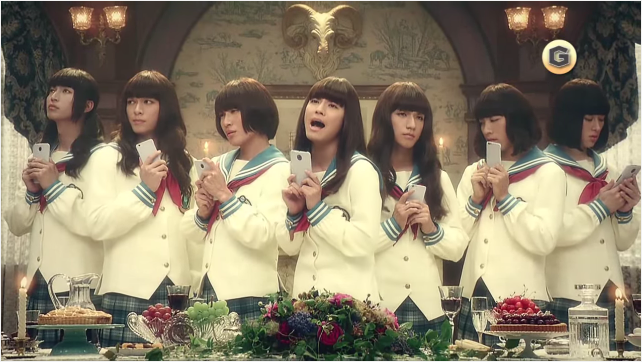 Dance! Sing! Sweat! Kanjani8’s Maemuki Scream! new single containing the debut track from ‘those girls’ was released last August 5. The title track “Maemuki Scream! (Positive Scream!) is currently on air as the commercial background song for Oronamin C. With the TV commercial’s familiar phrase, “Maemuki! Maemuki!”, this distinctive song is a Kanjani8-style summer dance anthem that will get listeners fired up and in the mood for dancing!

The single also contains CANDY MY LOVE by Canjani8 which is the debut single from Canjani8, the idol unit featured on the TV commercial for Candy Crush Soda. This moving song about the heartache of a young girl falling in love with love itself is a medium ballad that will remind you of idols from days gone by! The PV was first previewed through a series of Candy Crush Soda commercials. See the full music video and find out find out who appears as the man of Subako’s dreams.

The single covers and details are previously released. Check out the latest videos from Kanjani8 and Canjani8 below.