During the last day of the Kanjani8 Recital tour held last September 28, Kanjani8 made several announcements regarding future releases. Noticeably lacking is the yearly album that’s usually released towards the end of year. To compensate for that, the group announced 2 new singles, a DVD and a Dome Tour.

The group will also embark on a 5-Dome Tour, the 4th time they will be doing so, scheduled from December to January. It’s titled “Kanjani’s Eightertainment”. What’s the concept of this ‘Eightertainment’? Fans can try guessing as there will be no new album to serve as the concert base.

“Panorama” is the theme song for the anime series “Monster Hunter Stories RIDE ON”. It’s a supportive song filled with speed that gives a sense of courage and hope, as if taking a new step into a vast world! Coupling song “background” is the main song of “Oronamin C” already on air.

“Ousama Clinic by TAKATSU-KING” is a song produced by Kubota Toshinobu, and “Steal your love”  is a song from the Nishikido and Ohkura’s unit. Similar to the jacket covers of the previous single, the covers of Panorama make one picture when combined. 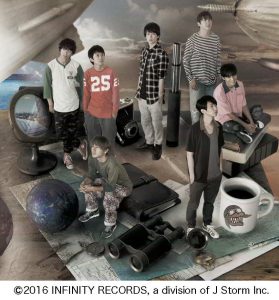 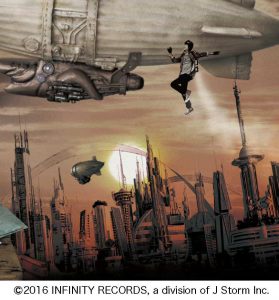