Yes, it’s happening in 2017! 12 years after the iconic duo “Shuji to Akira”, Kamenashi Kazuya and Yamashita Tomohisa are back together in a drama and a special unit “Kame to YamaP”.

Kamenashi is starring in the new drama “Boku, Unmei no hitodesu” with Yamashita, which will start airing in April. The heroine will be played by Kimura Fumino. This romantic-comedy series will be the first drama to air on the new NTV Saturday 10pm timeslot. The theme song will be will be sung by the new unit but no details revealed yet.

Kamenashi and Yamashita last collaborated as “Shuji to Akira” in the hit drama series “Nobuta wo Produce in 2005 and released the theme song “Seishun Amigo” to great success. 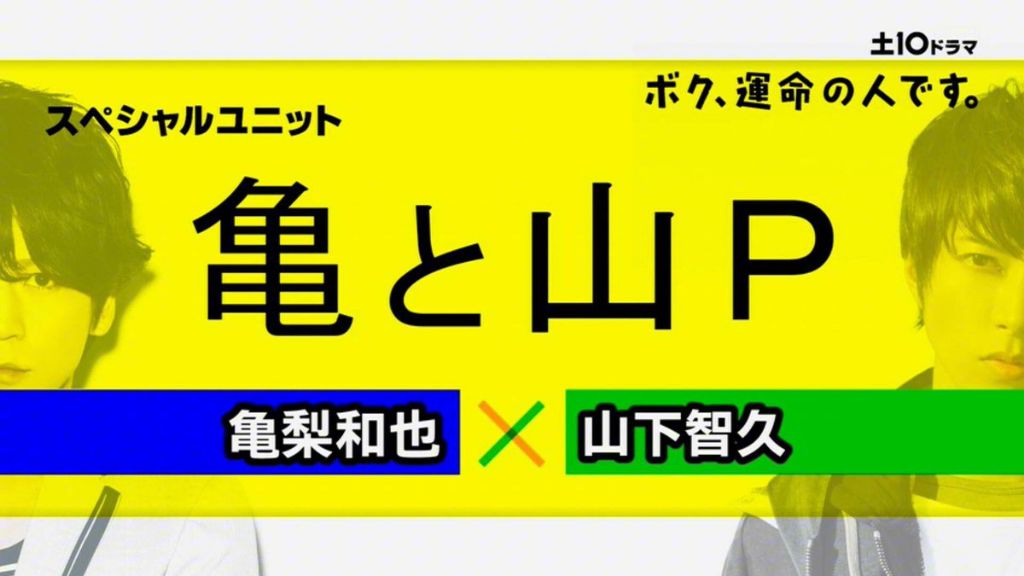