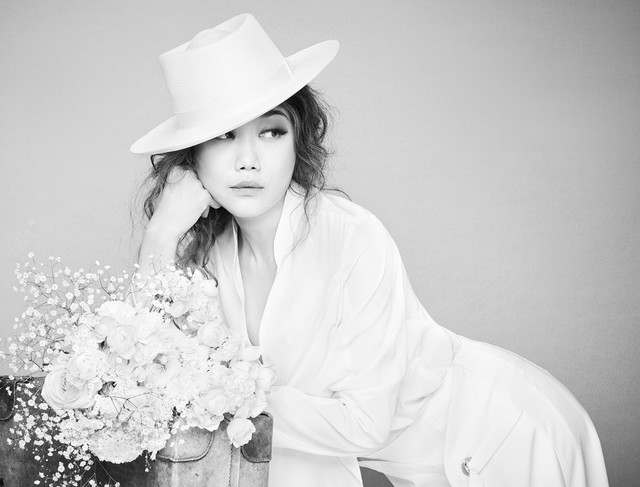 On March 22, JUJU will release her new single, “Because of You.” The song serves as the theme song for the Japanese release of the American movie “Passengers”, starring Jennifer Lawrence and Chris Pratt. One of the single’s B-sides, “Waraereba”, is a cover of the Ulfuls’ 2002 song of the same name. JUJU’s version of the song appeared on the Ulfuls tribute album, “Ulfuls Tribute ~Best Of Girl Friends~”, last month.

The music video for “Because of You” was recently released. It features clips of JUJU on board a space ship mixed in with scenes from “Passengers.” Check it out after the jump, along with more information on the single!