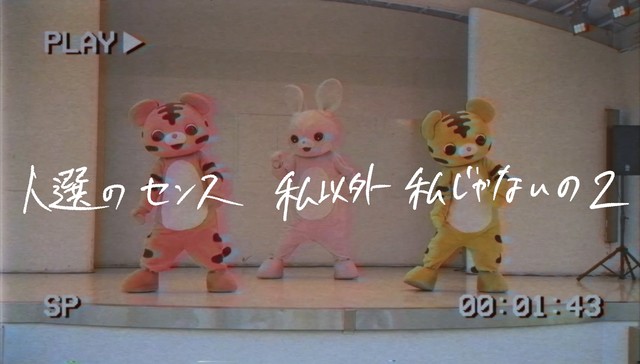 A few weeks ago, it was reported that Kawatani Enon had created a rival band for Gesu no Kiwami Otome., Jinsen no Sense. It was also announced that the band would debut in June with the digital single “Watashi Igai Watashi Janai no 2.” That debut is today!

Along with the digital single, Jinsen no Sense also released a music video for their debut song. The clip is shot in the style of an old video camera and features three people dancing on stage in animal costumes. Their faces are never revealed, keeping in line with the fact that the members of the band have not been revealed. We do know though that the vocalist for the band is a woman. Check out the video below!