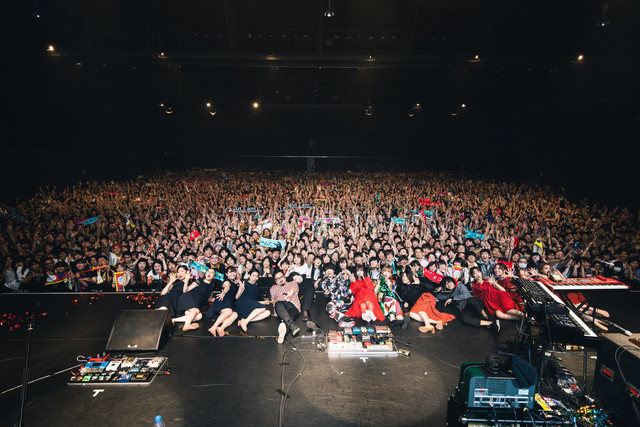 During Gesu no Kiwami Otome.‘s May 12 concert at Tokyo’s Toyosu PIT, several announcements were made. The first revelation was that the band will release a new digital single, “Himenai Watashi”, on May 13. The song serves as the CM song for AVIOT’s TE-D01g wireless headphones. “Himenai Watashi” features vocals by frontman Kawatani Enon as well as drummer Hona Ikoka. PARKGOLF also contributed to the song’s production. The song’s artwork and music video can be seen below!

The next bit of information revealed was that Gesu no Kiwami Otome. will have a joint concert with another of Enon’s bands, indigo la End, on September 15. The show will take place at Tokyo’s Shinkiba STUDIO COAST in celebration of both bands’ fifth major label debut anniversaries.