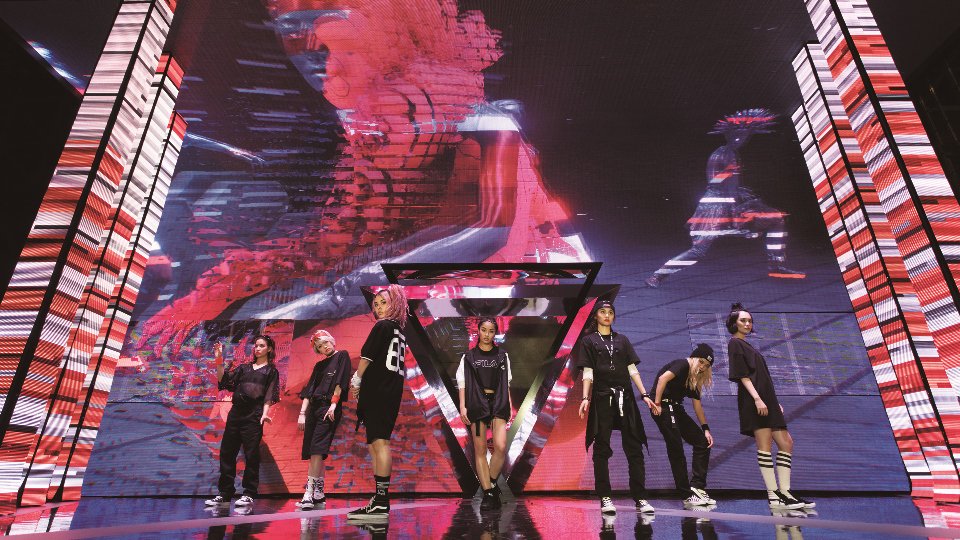 Super-unit FAMM’IN (formed by the union of FAKY, FEMM and Yup’in) long journey until finally releasing their second work “animus” since they first teased it seems to finally conclude as they have now released its MV as previously reported and announced the release date for the track: March 29th. “animus” turns out to be a much harder song than “circle”, though their signature “Gagaku Trap” sound is as strong as in their first work. In the MV, the seven girls (or should I say, the five girls and two mannequins) perform in front of a gigantic LED screen. Check the MV, premiered on DAZED, just after the jump!