The finalized tracklist for Namie Amuro‘s upcoming Live Style 2014 concert DVD/Blu-ray has finally been revealed! The veteran songstress embarked on the nationwide tour in August, and concluded the tour just before Christmas on December 23rd at the “KYODO FACTORY”.

Namie’s original “Live Style” tour in 2006 was created to showcase her rare songs, mainly b-sides and album tracks. Unfortunately her team seemed to have dropped that idea, but the latest Live Style does offer a few rare gems. These include performances of “Whisper” from her 3rd studio album “Concentration 20”, and her single “Dreaming I was dreaming”. The rest of the tracklist consists of her many hits from various eras.

The concert video will also have a special deluxe edition, which includes an extra disc with special performances from her latest best album “Ballada”. Each day on the tour she performed one of the select eleven songs included on the disc.

Check out the tracklist and covers for Live Style 2014 below! 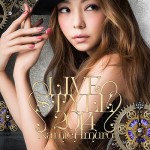 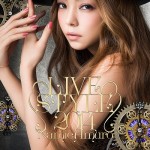 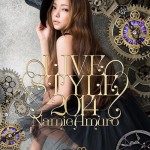