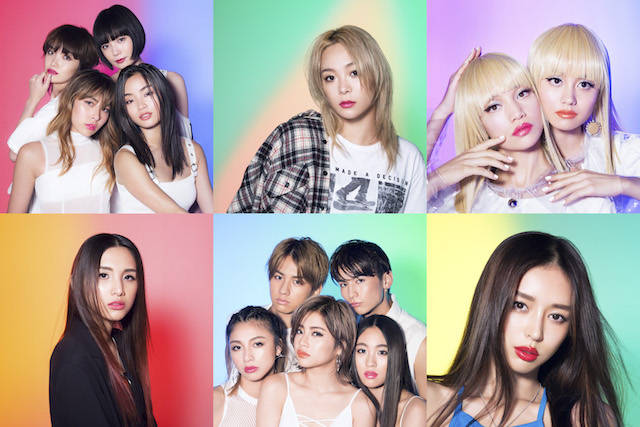 It’s been a while since Avex has had a breakout star that mirrored the success of the label’s 90s and 00s stars. Avex hopes to change that with its new project, “NEW REVIAVAL.” This project consists of Avex’s new generation covering the hits of Avex’s old generation. The first release of this project, the digital album “90S & NEW REVIVAL”, is out August 15. This release sees lol, Kaji Hitomi, FEMM, Beverly, Yup’in, and FAKY covering the 90s hits of TRF, hitomi, globe, Aikawa Nanase, and DA PUMP. Both the new and original versions of the songs are included on the album.

In related news, FAKY will release a new digital single on August 29! It’s the English version of their 2017 song “Bad Things.” The music video for it was recently released and features the girls looking sexy and dancing.

Check out more information on both of these releases below!