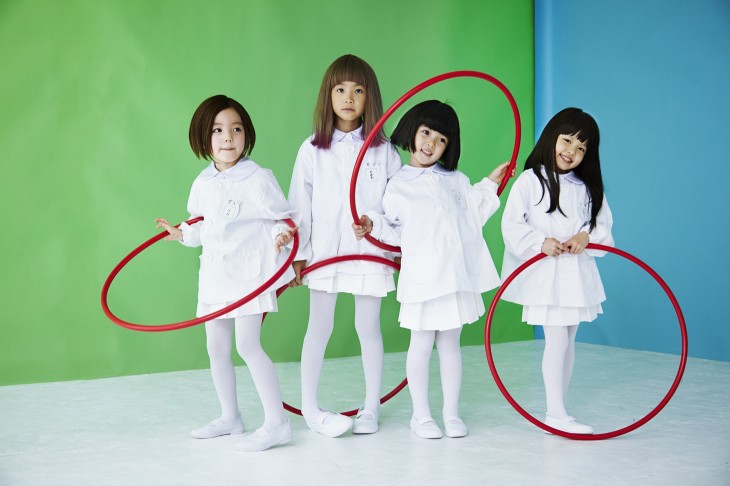 All-girl band Akai Koen has revealed more details on their forthcoming second album “Moretsu Rythmique”, set for release on September 24. The first detail would be their new artist picture, depicting the band as children. They also released the cover and tracklist for “Moretsu Rythmique.” Check them out after the jump!

Preceding the album’s release, Cider was released as a digital single today.

NOW ON AIR is set for digital release on August 20. The band also released 2 physical singles for this album earlier this year: