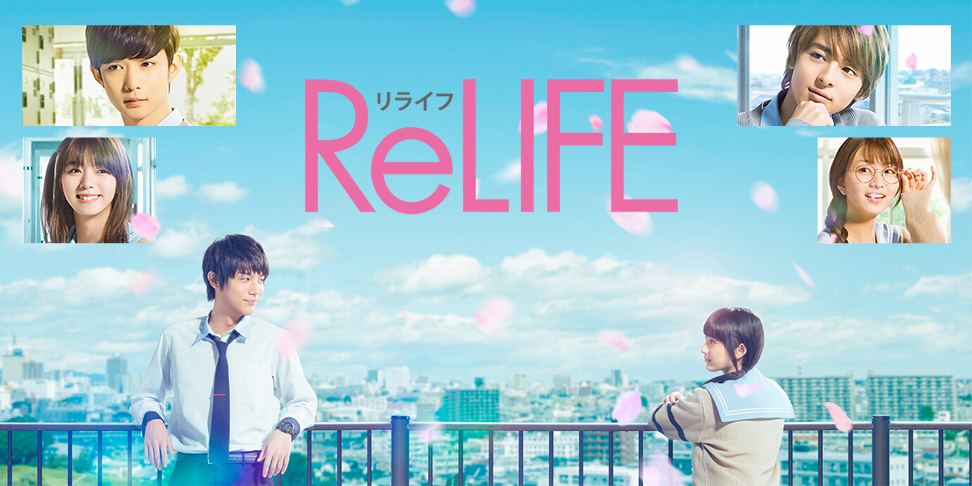 ReLIFE’s live action is planned to be released on the 15th of April 2017. Taishi Nakagawa will act the main male character while Yuna Taira will interpret his female counterpart. The other cast includes Yudai Chiba, Elaiza Ikeda, Sae Okazaki and Mahiro Takasugi.

Catch the trailer and learn more about the story after the cut !

The movie is based on the web-manga “ReLife” written by Yayoi Sou and published since 2013. An anime adaptation aired on summer 2016 and count 13 episodes.

The story follows 27-year-old unemployed Arata Kaizaki (Taishi Nakagawa). His life takes a turn when he meets Yoake Ryo (Yudai Chiba) and, with the help of mysterious pills, revert to be 17 years old. He is now the subject of an experiment and must attend high school for one year. ReLIFE follows Arata’s daily life at school avoiding repeating his past mistakes, while slowly discovering more about his fellow classmates and falling in love with high school student Chizuru Hishiro (Yuna Taira).