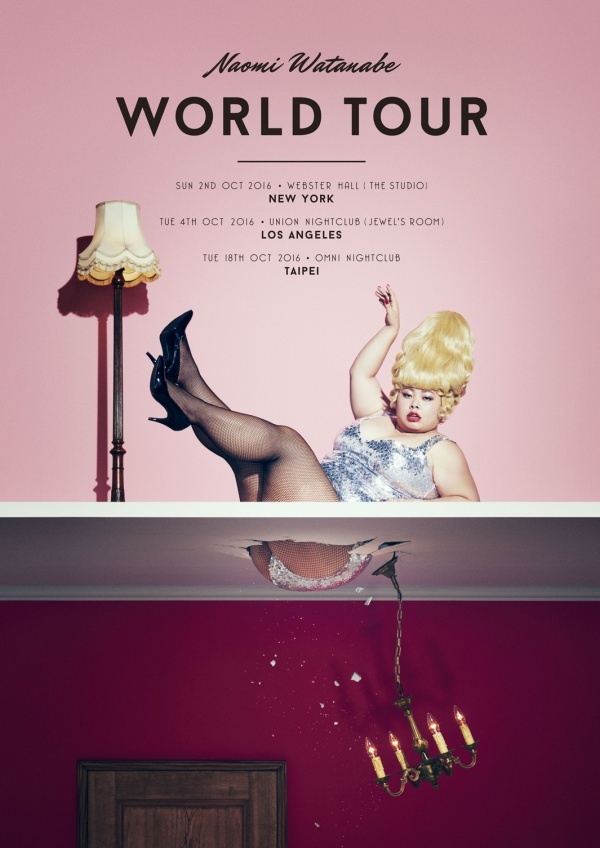 Actress, comedian, and fashion designer Naomi Watanabe, who rose to fame in 2008 for her imitation of Beyoncé Knowles earning her the title “the Japanese Beyoncé,” is set to tour the world this October.

This year marks her 10th year in the entertainment industry, and in that time, she has branched out from her television beginning to receiving her own CM deals, performing in theater, as well as starting her own fashion brand “PUNYUS” in 2014.

This world tour will be her first overseas performances ever: New York, Los Angeles, and Taipei. She is planned to showcase her dance skills and storytelling through comedy VTR.

She will begin the tour Sunday, October 2 at Webster Hall in New York. She was last in New York when took 4 classes for about 3 months in 2014, and also where she vowed to further her growth “both physically and mentally.“

The following Tuesday on October 4, she will perform in Los Angeles at Union Nightclub. Then she’ll head back to Asia and perform at the Omni Nightclub in Taipei, Taiwan on October 18.

“Since I celebrated my 10th anniversary in the entertainment business this year, I wanted to try something that would challenge me again,” confesses Watanabe. “I want to make the best memories as a 28-year-old. There’s a voice inside me saying this is a crazy idea, but I think that makes this challenge more meaningful.“

For Japan, she’s schedule for a 5-city tour starting in March.