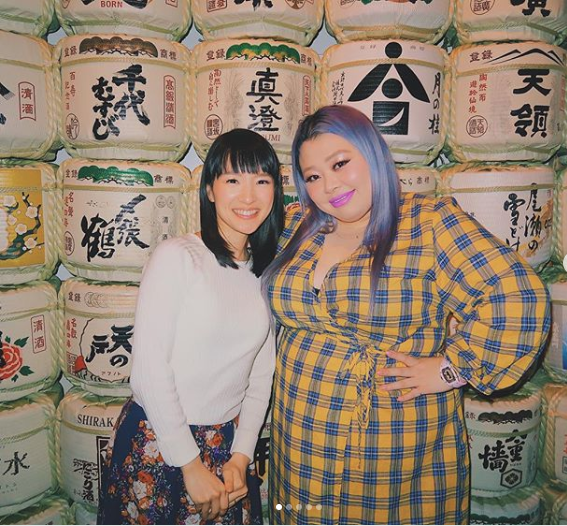 Comedian Naomi Wantanabe recently went to an exclusive dinner party with some very special guests! Among them was international organizer Marie Kondo.

Naomi posted a bunch of pictures with Marie at the dinner party, instantly becoming a hot topic among their fans all over the net.

The dinner party took place Sakagura East Village, an “izakaya” located in New York. They are renowned for their “signature course”, ranging from $100-$180 you dine on ten different delicious dishes.

Besides raving about the delicious food, Naomi commented that she was actually a little nervous speaking and posing for pictures with Marie. While taking a picture Naomi somewhat awkwardly clamped down on Marie’s shoulder. In Naomi’s Instagram gallery she posted a series of pictures zooming in on her hand, which received an explosive reaction from netizens.

A second season of Marie Kondo’s hit Netflix series “Tidying Up with Marie Kondo” has yet to be confirmed, but it’s safe to say it will be green-lit. Perhaps Naomi will appear as a special guest to help others declutter.