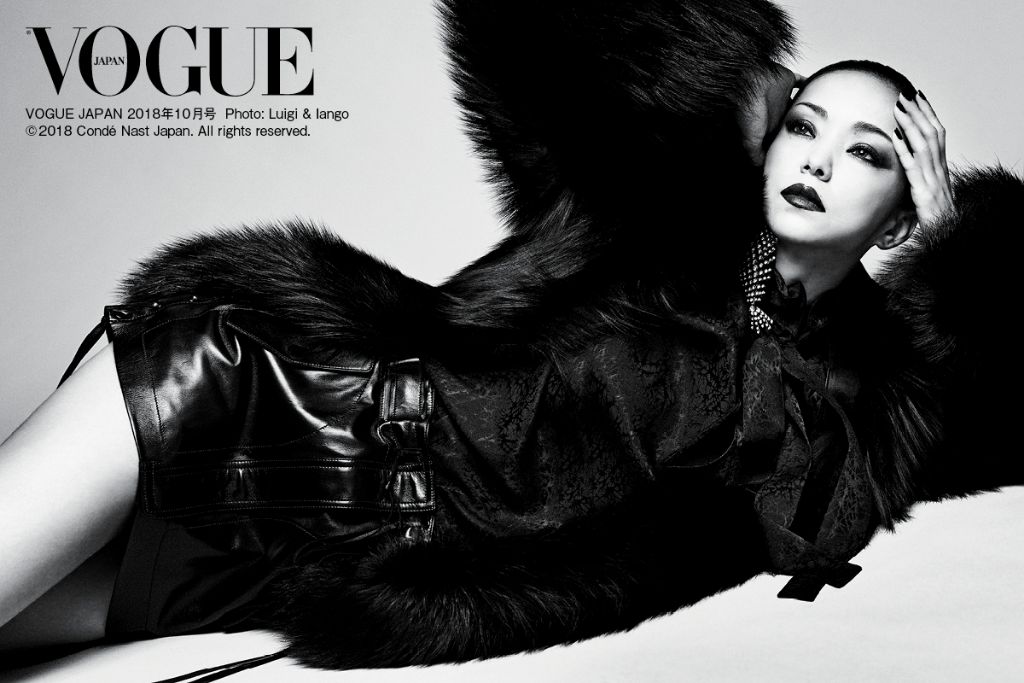 The magazine cover for Namie Amuro‘s cover of the Japanese edition of Vogue magazine has been released. With the star retiring next month, this will be her final cover for the magazine.

In the past Amuro has graced the cover for Vogue Taiwan.

Amuro’s photoshoot by the magazine has officially been described as “dramatic” and “cool”, showing off her mysterious charm. She’s dressed head to toe in the Fall/Winter 2018-2019 collection from Saint Laurent. The photos were taken by the famed photography duo Luigi & Iango. 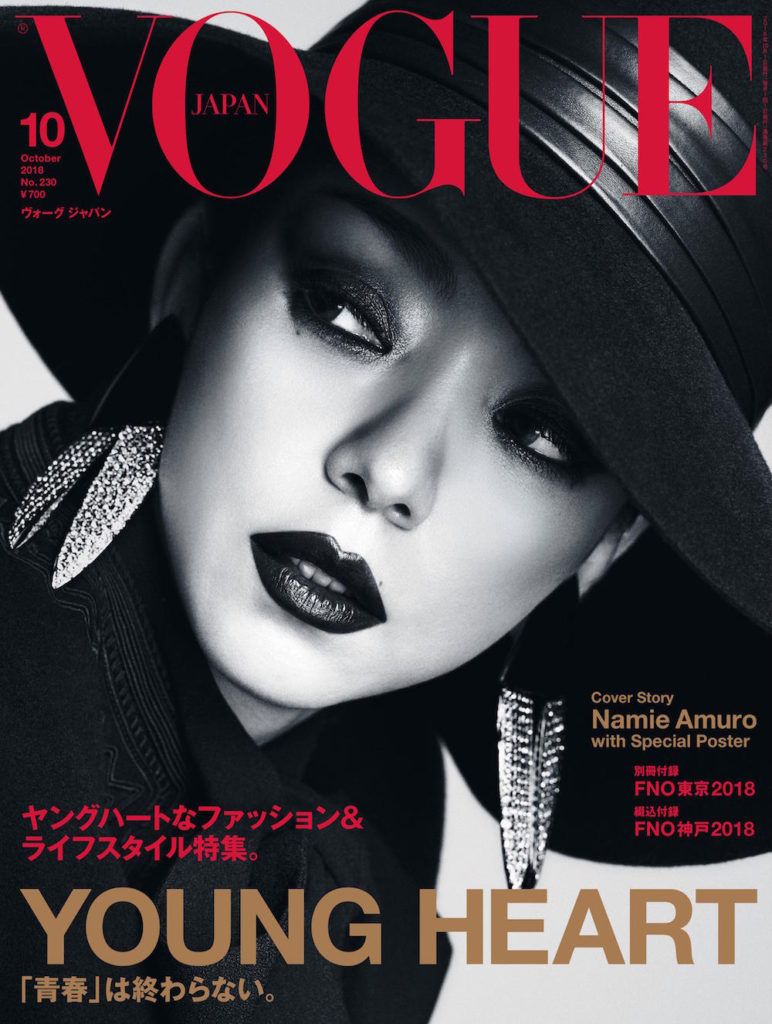 Inside the magazine the interview will touch upon her 25th anniversary, career, music, and legendary live performances. Fans who get their hands on the issue will be treated to a special poster of Amuro with the magazine also.

The October 2018 Vogue Japan issue will be available for purchase on Tuesday August 28th.