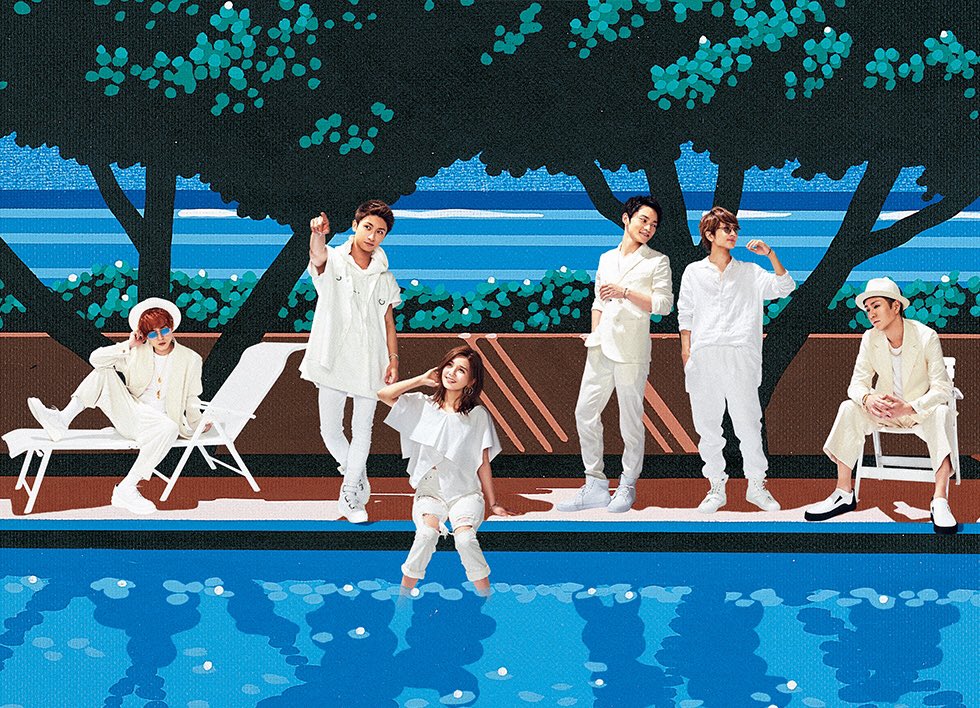 The official avex YouTube channel has pulled back the curtain on the newest video from co-ed group AAA, a summer pop smash entitled “No Way Back“.

With their new 6-member formation following the departure of Chiaki Ito this past March, the video for “No Way Back” is a poolside event. It focuses on dance choreography against a highly stylized white set with soft aqua tones that contrast the powerful adult vibes given off by the group members through their expressions in the closeup shots.

“No Way Back” is the 54th single released by AAA. It will be released on July 5 in three versions: a CD+DVD edition, a CD edition, and a fanclub edition.