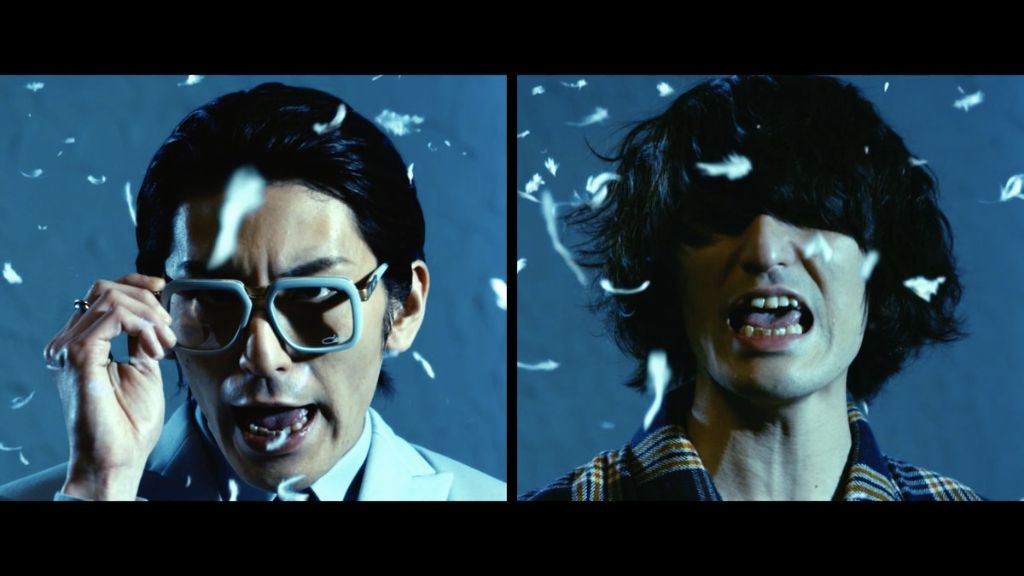 Earlier this month we reported that Ryohei Shima’s solo project the dresscodes would be releasing a special concept album titled “Heibon” on March 1st.  Now, just prior to the album’s release, the music video for its lead track “Egosearch and Destroy” has been uploaded to the outfit’s Youtube channel.

The clip features a split screen effect that separates the “unique” Ryohei Shima from the “normal” Ryohei Shima, each side of the video representing the themes of rebuilding and destruction respectively.  Of note, it is recommended that you use headphones to listen to this PV, as you will be able to hear the stress on different lyrics in each ear, depending on which Ryohei Shima is singing.

You’ll find the stylish music video for this alt. rock/disco tune just beneath the cut.