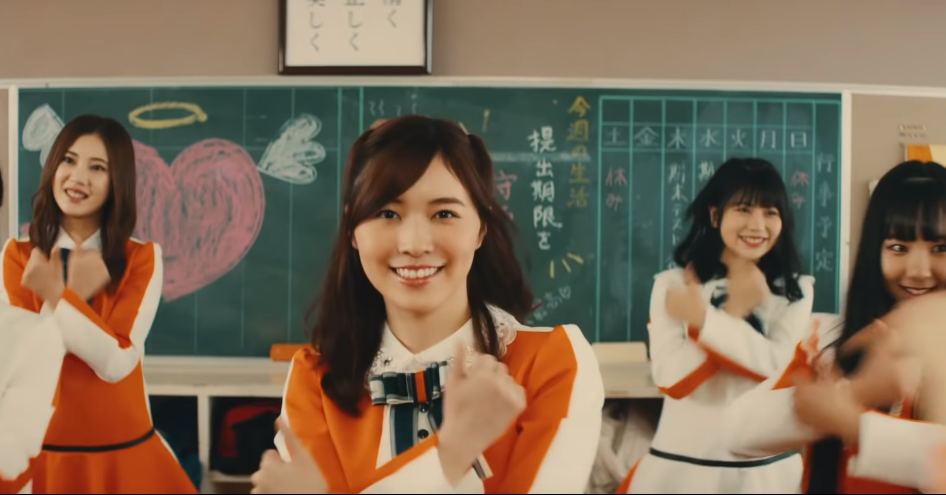 Girl group SKE48 is back with the release of their 24th single “Stand by You“.

Their third single of the year, center position for this single is of course held by Jurina Matsui. Rounding out the rest of the senbatsu is member Yuki Arai, where this will serve as her very first senbatsu a-side appearance.

The MV was uploaded today on SKE48’s official YouTube page. It beings showing the girls in class, focusing on Matsui wearing wireless headphones. She takes the headphones off and all the other members take off their blazer in formation revealing cute cream and orange colored outfits.

All of them proceed to dance and fool around the classroom, somehow ending outside where they all start to dance on their desks. However, it turns out the whole thing was just Matsui’s fantasy! Check it out below

“Stand by You” will be released nationwide in Japan on December 12th, 2018.