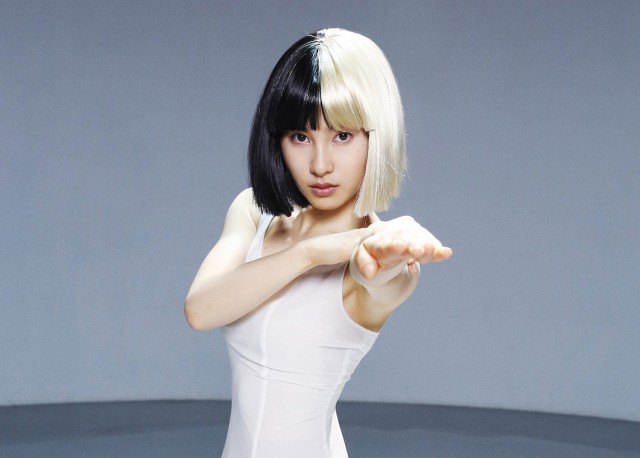 Sia has released a special version of her ‘Alive’ music video specially for Japanese market. Few days ago, it was revealed that the fierce dancer wearing a “Sia-style” wig is in fact actress Tao Tsuchiya.

Sia‘s album “This is acting” had its premiere in Japan on 2nd March. The song “Alive” will be also used as a theme in the upcoming Toma Ikuta starring film ‘Himitsu – The Top Secret’.

See the full video after the jump!

Tao Tsuchiya has been training ballet and japanese traditional dance buyō from the age of 3. She is majoring in dance on Japan Women’s College of Physical Education. She has expressed interest in Sia’s music from some time already. Despite her busy schedule, she found time for trainings that took about 3 weeks to film the video.

Tomohiko Tsujimoto, famous dancer and choreographer, who is the author of the dance routine we can see in the video, said that he had goosebumps when he saw this new and wild side of Tsuchiya.

Yuriko Yoshitaka tweets: “How cool is that?!”

The video got a huge response from the netizens. From bashing Tsuchiya for being “everywhere” and not skilled enough in dance to represent Japan in a music video of an international star to amazement and praise for her hard work and talent as well as showing a completely new side and breaking with her ‘asadora heroine’ image.

“How cool is that?!
(o_o)
Wow
Her expression is fantastic

I want to be alive and wild

Two actresses played sisters in Yoshitaka‘s asadora ‘Hanako to Anne’. After “Hanako to Anne” ended, it was Tsuchiya‘s turn to take on the lead in following asadora ‘Mare’.