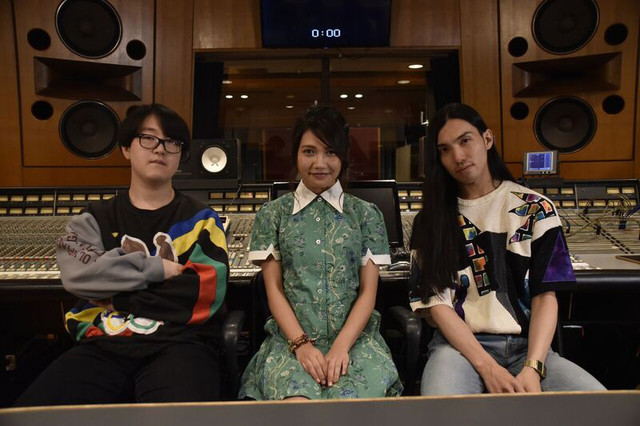 On August 10, Sugar’s Campaign will release their second album, “Mamagoto.” The duo have now released the music video for the album’s title track. Inoue Sonoko is the guest vocalist on the song. This is Sonoko’s first time lending her vocals to another artist’s song, but she said that working with Sugar’s Campaign was fun, which made the experience easier for her. This fun carried over into the music video, which is set in a recording studio. These studio clips are mixed with domestic scenes featuring the couple on the cover of “Mamagoto.”

Sonoko sings “Mamagoto” in a cuter voice, to match the feeling of the song. “Mamagoto” has a throwback sound, similar to pop songs released in the early 90s.

Check out music video for “Mamagoto” below!