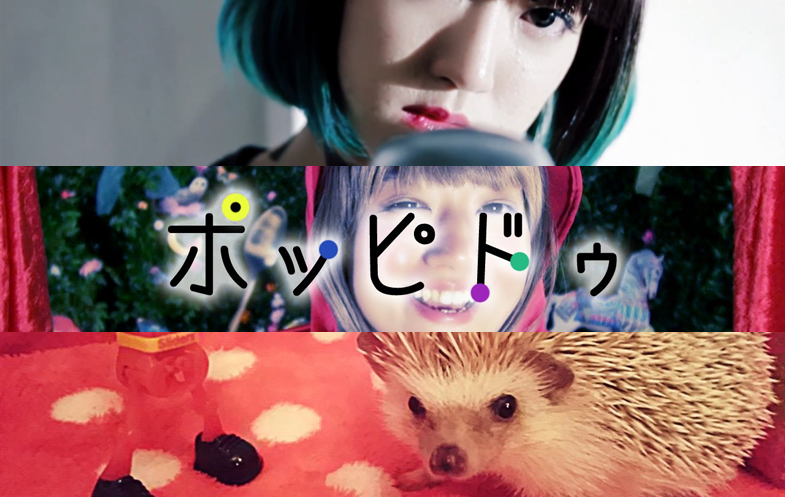 As part of their ongoing Sunday Music Video Relay, where a new video is released every Sunday, electronic music project spoon+ has released two new PVs. One is a full version for the song “Joutou na Memai” (First-Class Dizziness) from their second album hear, while the other is a short version of “Poppido” from recent album eat. The relay initially started with a PV for the song “Night Diver”, also from eat. “Memai” features vocalist aco in a plain white room as she delivers an edgy and cool performance, while “Poppido” is more classic spoon+ and has a fairytale-like feeling.

Additionally, a cute slideshow-styled video of aco’s pet hedgehog, Merry, was uploaded to spoon+’s official YouTube channel. Check it out, as well as the PVs, below!

*The full version is expected to be released on the karaoke service JOYSOUND sometime next week.

spoon+’s albums are available in overseas iTunes stores, so check them out if you’re interested. A new video is scheduled to be released on 9/14, this upcoming Sunday.