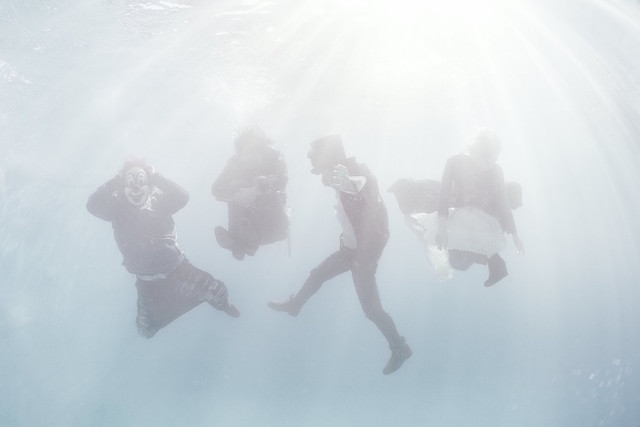 SEKAI NO OWARI released 2 new music videos today. The first is for their song “Present”, which was released on September 25. “Present” served as the theme song for the 82nd NHK Nationwide School Music Competition. The band also performed the song on Kohaku Uta Gassen last night. The black and white animated clip tells the story of a girl who joins her school’s chorus.

The second video SEKAI NO OWARI released today is for the song “Mr.Heartache.” The song is a collaboration with Adam Young, also known as Owl City. This song came about around the same time SEKAI NO OWARI worked with him on the Owl City song “Tokyo.” “Mr.Heartache” was released digitally on December 9. The video for the English language song features the band in various costumes, performing on tv and at Fukase’s home.

Check out both videos after the jump!