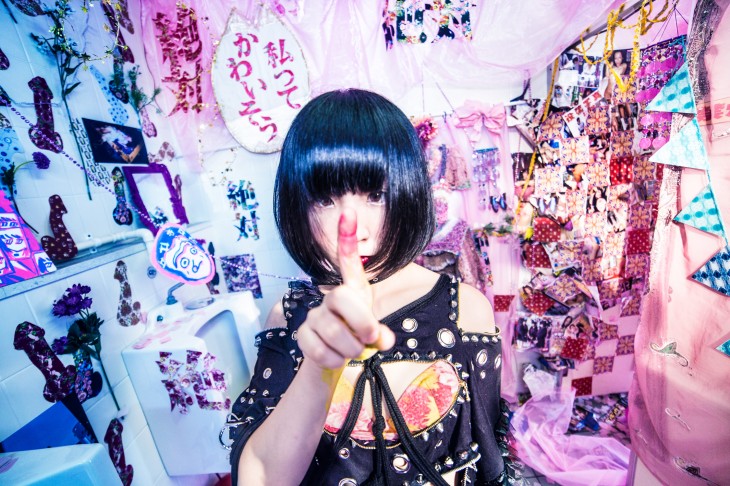 “Zettai Zetsubou Zekkoucho” is an up-tempo number with a chaotic video set be compiled on her 1st major album “Sennou“. Just a few days following the release of her music video for “Nostalgic J-pop”, this new video has some set decoration and locations in common with it.

Check out the videos and album information below.

“Sennou” will be released on December 3rd in three types. “type▲” is the regular version and comes with a CD, while “type★” and “type■” are limited edition versions and come with additional special DVDs.

As part of the launch event for her upcoming album, Oomori will hold concerts at six locations across Japan from November 25 to December 7. Presales for her national tour starting March 8, 2015 begin November 22.