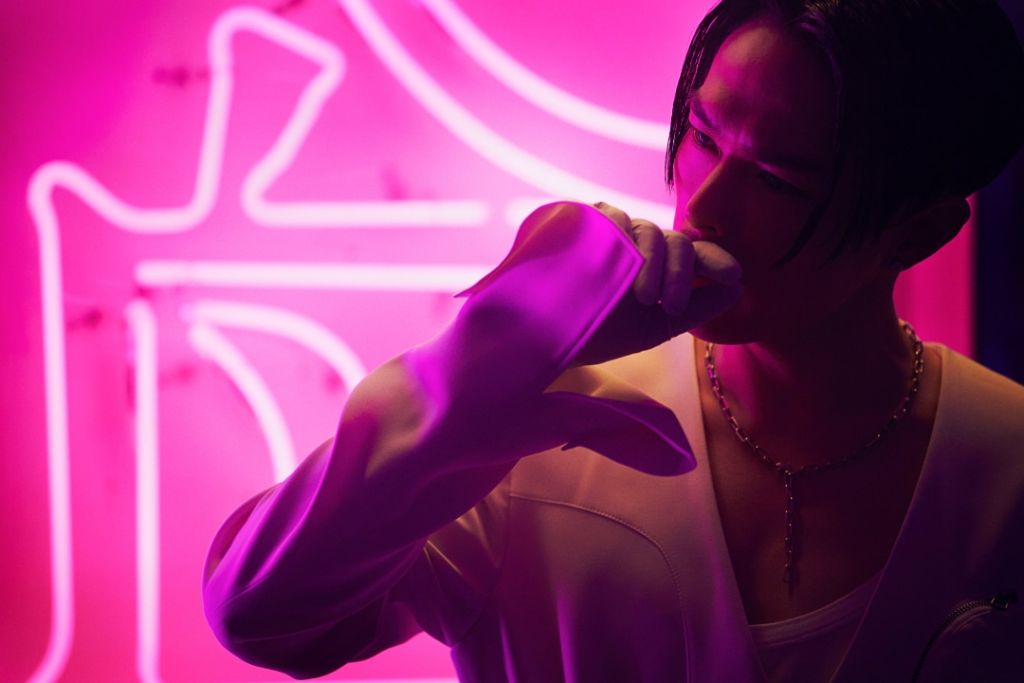 On July 21, Ryuji Imaichi of Sandaime J SOUL BROTHERS will release his third solo album, “CHAOS CITY.” This release comes about a year and half after his previous album, “ZONE OF GOLD.”

“CHAOS CITY” is a conceptual album that tells the stories of the fictional city that the album is named after. The lead song from the album is the 80s-influenced “FUTURE LOVERS.” Ryuji was inspired to write the song by the Hajime Sorayama statue “Sexy Robot.” The song is based on the theme of forbidden love between man and robot.

In the music video for “FUTURE LOVERS”, Ryuji falls in love with an android in the futuristic CHAOS CITY. “Sexy Robot” is one of the prominent features of the city and of Ryuji’s album cover, which can be seen below!