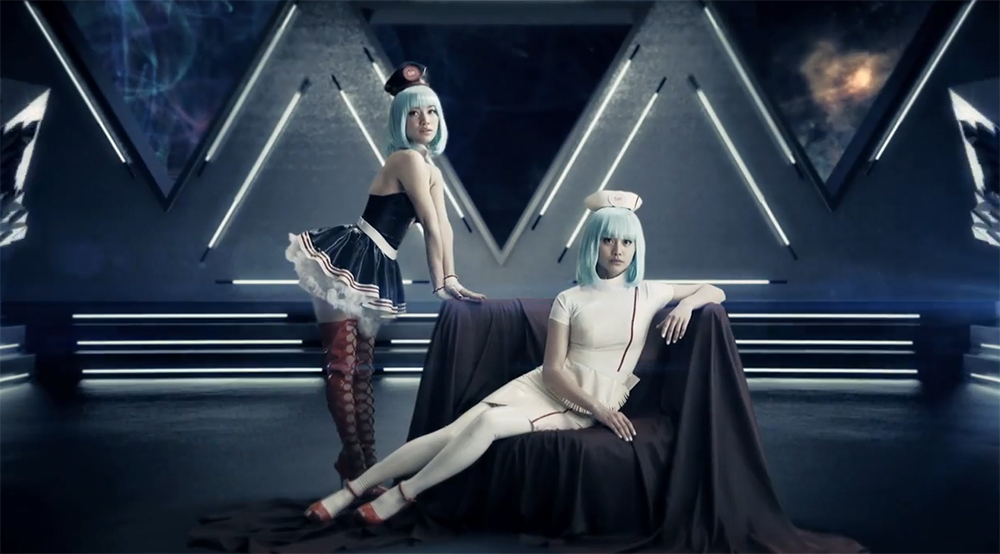 Mannequin duo FEMM teased fan with a new song at their first American performances at Tokyo in Tulsa 2014 earlier this month. It’s only been four days since they released the polished version of the ‘Girls Night Out’ music video, but they’re already back with yet another party anthem ‘Party All Night‘.

In this video they take us to a mannequin’s interpretation of a party in Space Triangle club with more tight dance moves from choreography team HIDALI.

With this,  a new countdown has started on their high-concept website for the FEMM AGENCY SYNDICATE. Let’s put out tinfoil hats and speculate from what information we’re given on their website:

This takes their released song count to a total of 9 (excluding UFO) and 4 songs left to release in this set. All of that in only a five month span so far!