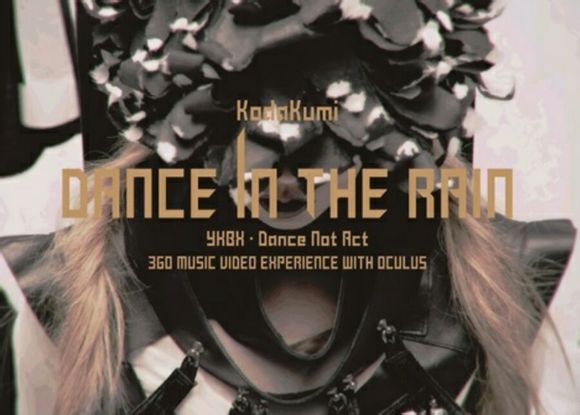 Cutting-edge Artiste Koda Kumi is preparing the release of her new song and video ‘Dance In The Rain‘.

Kumi is taking this new release to the next level. It will include an “experience-based 360-degree music cideo” that makes use of the latest advances in technology like 3D Sound and Oculus Rift. Considered the future of visual entertainment, Oculus Rift is a virtual reality head-mounted display that has not been released yet to the public, projected to be available April 2015.

From September 18 to 21, the video will be shown at TENT LONDON, one of the largest design trade shows held in London, as well as at TOKYO DESIGNERS WEEK from October 25 to November 3 in Tokyo.

Koda Kumi / “Dance In The Rain”