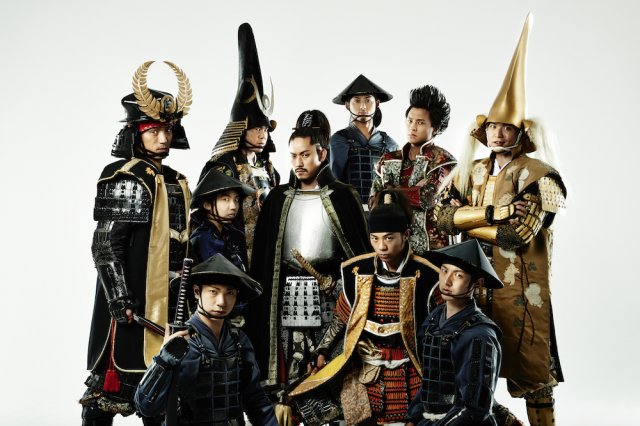 Actor group Nagoya Omotenashi Busho-tai has released their new music video for “Furiiki” as the title track for their upcoming album. The song is a Japanese-style dance tune, combining the traditional sound of the shamisen and the four-to-the-floor rhythm pattern. Each member is wearing around 45 pounds of armor each.

Nagoya Omotenashi Bushotai was established to celebrate the the local Nagoya government’s 400-year history back in November 2009.

Nagoya’s English tourism site provides some background on the unit:

Nagoya Omotenashi Busho-tai (Nagoya Samurai Greeters) are local actors group to represent the appealing culture of Nagoya area and provide warm welcome to the tourists worldwide.Famous 6 samurais and 4 fellows born in, or related to the area came back alive at Nagoya,”the sacred place of samurais.” They are at the Nagoya Castle everyday, and perform a dance show on holidays and weekends. In addition, they have made their CD debut, have performed on event stages in foreign countries. In 2010 they helped to increase tourist revenue in Nagoya by 2,700 million yen. Because of this, it even became a social phenomenon – and 40-50 similar groups have been created all over Japan!

“Furiiki” will be released with an 18-song track list on October 29.