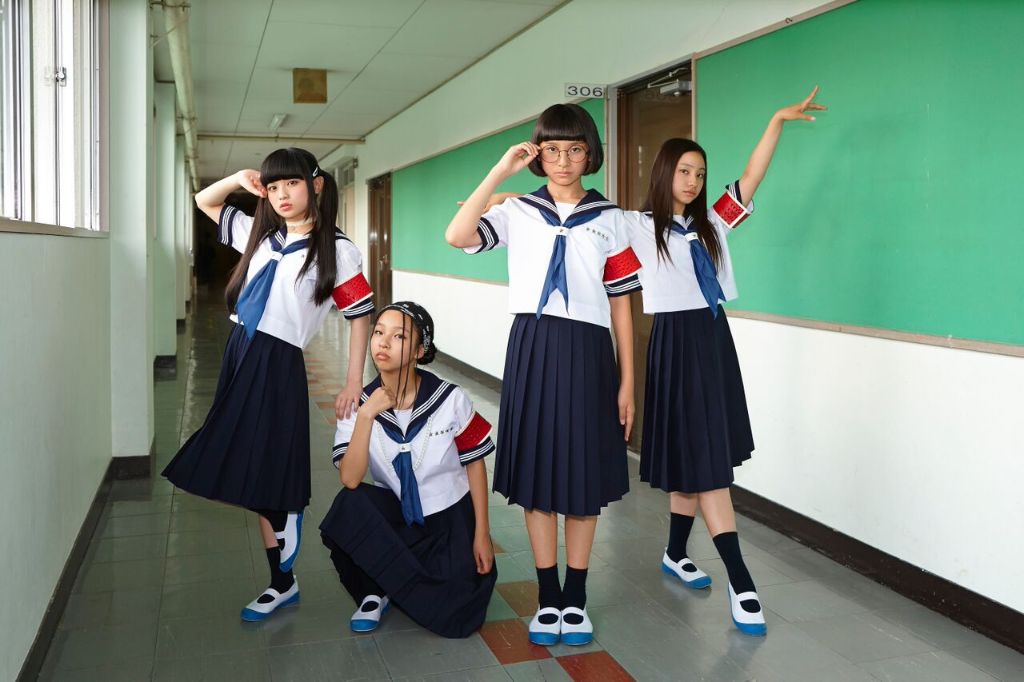 To celebrate the release of their new salty citrus flavor, Lotte’s chewing gum brand Fit’s has collaborated with the mystery dance and vocal unit ATARASHII GAKKOU NO LEADERS to bring the latest 360-degree video experience.

With 360-degree videos, you can look around the scene while they’re playing, making videos that much more exciting and interactive. Viewing it on Virtual Reality devices like Oculus or Google Cardboard lets you simply move your head, as if you were there. Luckily if you don’t have your hands on any of those, in March of this year, Youtube added a feature that allows you to drag your view in whichever direction or angle to reveal views beyond normal video conventions.

By making full use of the 360 degree viewing functionality, this video has surprises that reveal themselves upon multiple viewings. You can find certain people and favorite characters, and follow them throughout the video.

Popular record producer and DJ tofubeats has provided a remix version for the group’s cover of Fit’s “Kamu to Funyan”, which has been used in commercials for the popular chewing gum since 2009.

A new addition to Asobi System, the management behind Kyary Pamyu Pamyu and Yasutaka Nakata, ATARASHII GAKKOU NO LEADERS is a 4-member group consisting of Mizyu, Rin, Suzuka and Kanon. They may appear to be ordinary teenagers, but with their skills in fashion, vocals and choreography, this group aims to weaponize their individuality to thrive in a world where we are encouraged to conform and not stand out.