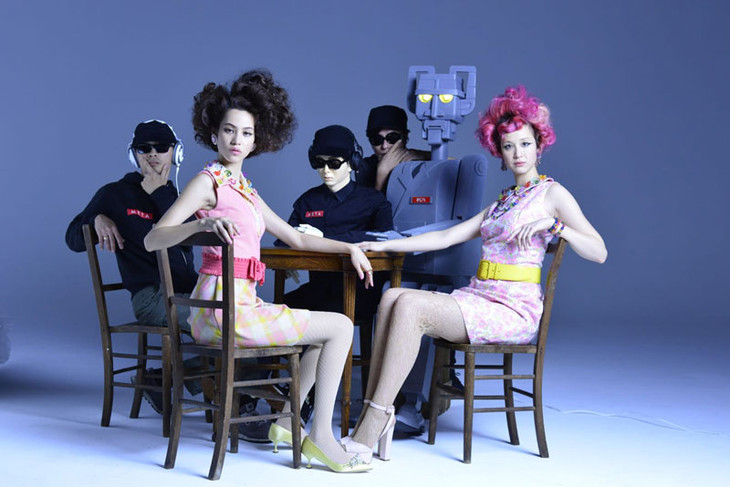 On March 22, TOWA TEI will release his new album, “EMO.” The albums features numerous guests, including Kylie Minogue, UA, and Ano of You’ll Melt More! He’s now released the music video for another of his collaborations, this time with his supergroup METAFIVE and the Mizuhara sisters, Kiko and Yuka. The song is titled “Brand Nu Emo.” The music video is shot in black and white and features Kiko and Yuka in retro costumes, along with Yukihiro Takahashi in robot form. Check it out below!