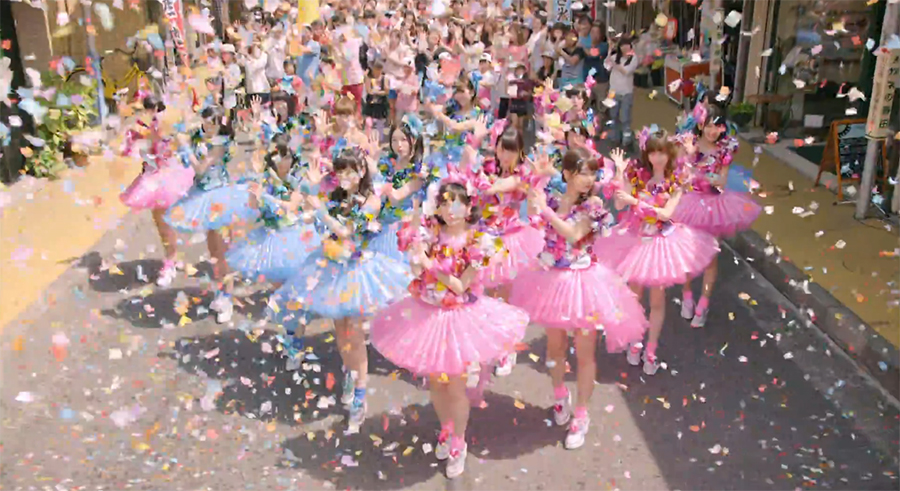 The ‘Kokoro no Placard‘ video is inspired by disco culture from the Japanese Showa Era. It continues the post-election trend of a dancing in large crowds like ‘Koisuru Fortune Cookie,’ this time with over 500 extras dancing with them. The choreography for this song was so simple that the senbatsu needed less than 10 minutes to learn it!

This is the first single with Mayu Watanabe as center since she came in first at the 6th general election in June, tallying the largest amounts of votes to date with nearly 160,000 in her favor.

‘Kokoro no Placard’ will be released August 27th in 9 versions.