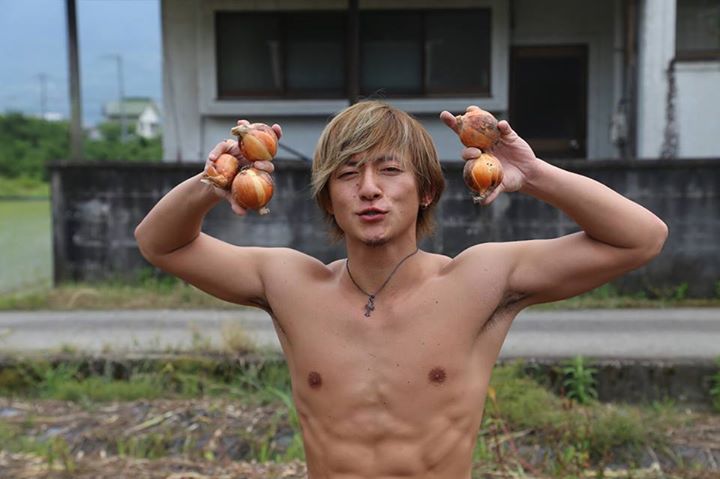 Back in May, renaissance man Maroka Uchiyama released his debut album, “FAKE.” Today, he released 2 music videos to help promote the album. One is for the opening track “Human Explosion”, while the other is for the album’s eighth track “F**k For The Fake.”

“Human Explosion” is a pulsating dance track. The video starts off with what looks like a raw egg hitting a concrete floor. The video then cuts to Maro showing off his well-toned body, before going into some glow in the dark body paint segments. He dances with some other shirtless men. There’s also clips of glass breaking and Maro trying to break though a plastic barrier of some sort, while shirtless of course.

The second video is for the rock track “F**k For The Fake”, which for this video appears to be retitled just “FAKE.” This music video is an extended form of the album’s trailer. In this video, a shirtless Maro can seen doing a number of things: playing in paint, playing the drums, playing the guitar, having a skull projected on his face, smashing televisions, posing with a small child…

In related Maro news, he recently took a trip to New York City. He displayed his musical talents to the people of the city by performing in a subway station.

Both music videos as well as photos from Maro’s New York City performance can be seen after the jump!