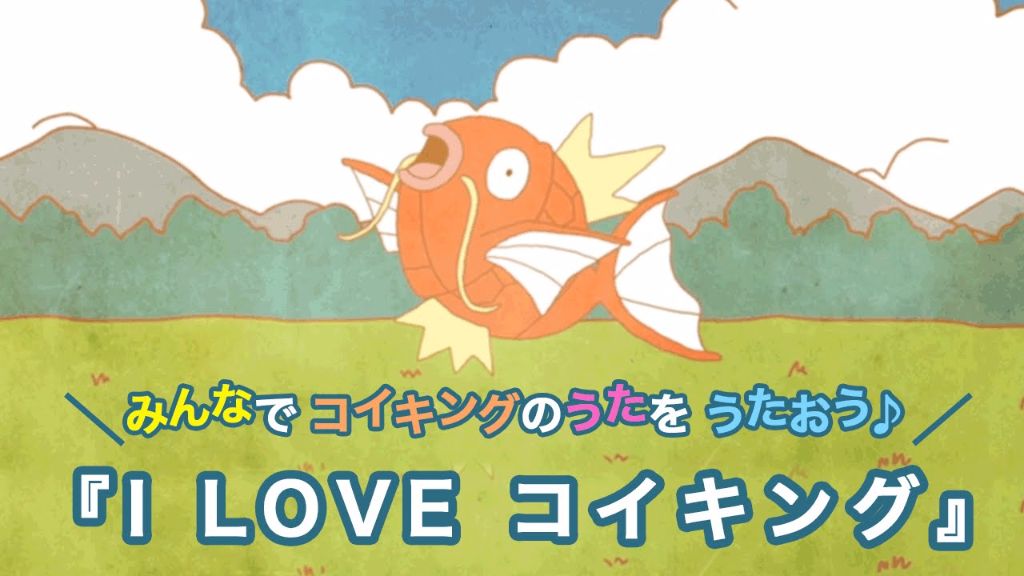 The Pokémon Company has released a music video for the under-appreciated fish Pokémon Magikarp.

“I Love Magikarp” is a 4-minute tribute to the famously weakest Pokémon of them all—Magikarp—and it’s journey from a splash to a force to be reckoned with.

It’s sung by a boy who details how useless his beloved Magikarp is: “You can first encounter it anywhere / Using an old rod will make you fish out way too many.” Although he points out all its flaws, he vows his allegiance to Magikarp and mentions his aspirations of raising it in a party of six to fight with hopes they will one day—most likely far from now— will evolve in the Gyarados.

This isn’t the first time The Pokémon Company has created a music video for an under-appreciated Pokémon. Two years ago, The Pokémon Company released a reggae-style song that was written and performed for Slowpoke, where effectively drags the Dopey Pokémon’s entire evolutionary family.

Which Pokémon do you think should be the next punching bag in a song dedicated to them?