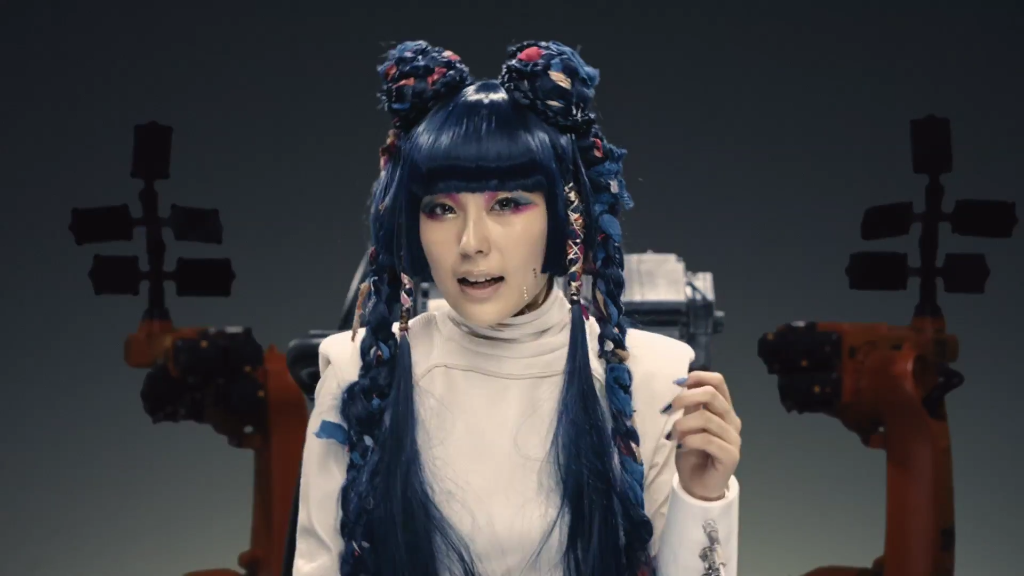 September is being the month of DAOKO! She has just released her Triple A-Side Single “Moshimo Bokura ga GAME no Shuyaku de / DAISUKI with TeddyLoid / BANG!” and a music video for “Moshimo Bokura ga GAME no Shuyaku de”, but there was a still a track on the CD that didn’t have a coupling MV. That’s no more! DAOKO has just uploaded to her YouTube channel the music video for “DAISUKI with TeddyLoid”. The MV features DAOKO as two different characters: as an ordinary human and as some sort of human-like robot with eleven mechanical arms. The MV draws inspiration from the CM in which this song debuted, five months ago. Check it just after the jump!