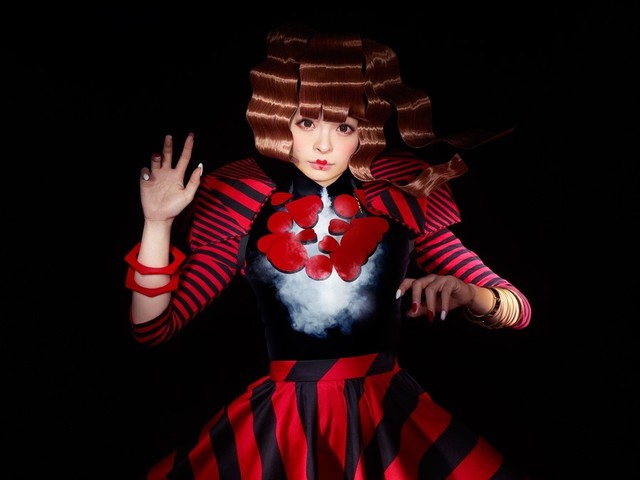 Today, Kyary released the music video for the song. In it, she plays a reporter who investigates a Tokyo Halloween party. A man sits at home and watches as she reports on her findings. Check it out after the jump!