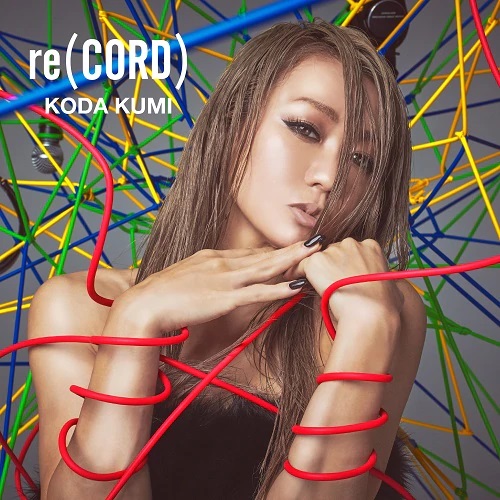 Visuals and a full tracklist have finally been released for Koda Kumi‘s upcoming album “re(CORD)“. It will be the 16th studio album for the singer.

14 tracks will be included in total, including a cover of “Livin La Vida Loca” by Puerto Rican singer Ricky Martin, and a collaboration with Jamaican rapper Sean Paul. Kumi prevciously worked with Sean Paul on the track “Loaded”, featured on her 2014 album “Bon Voyage”.

In the covers for “re(CORD)” Kumi is seen tangled in various colorful wires, with headphones and microphones hanging around her.

The album will be available in 4 editions. DVD content includes an MV and dance MV version of the unreleased song “k”, a full MV for another new track called “again”, as-well-as the full MVs for “GOLDFINGER 2019” and “Livin La Vida Loca”. Check out the CD tracklist below:

Kumi also released a brand new MV for the song “GET NAKED“. Showing off the visuals for the album, she sings in the wired room and also a pink florescent tube.