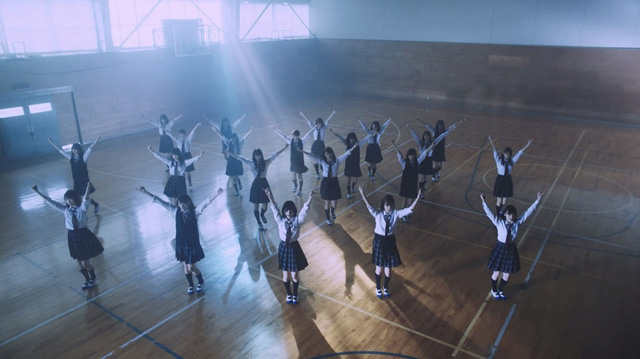 Three months after their debut the girls of Keyakizaka46 are back with their new single ‘Sekai ni wa Ai Shika Nai‘. Filmed on the north island of Hokkaido, they head to it’s classrooms and wind farms to perform. With the help of director Ikeda Kazuma and choreographer TAKAHIRO, both whom the group worked with on ‘Silent Majority‘, the girls we’re able to strike a balance of showing their serious nature while still seeming youthful. A highlight of this video is the umbrella dance that the girls perform in the school gymnasium. Take a look below!

‘Sekai ni wa Ai Shika Nai‘ will be released August 4th and is used as the theme song to ‘Tokuyama Daigoro wo Dare ga Koroshitaka’. This is Keyakizaka46’s 2nd single and Yurina Hirate’s 2nd time as center.